A Brief History Of Dixboro 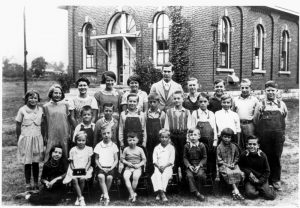 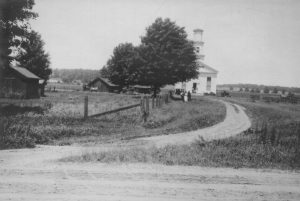 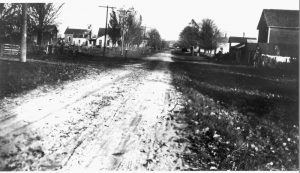 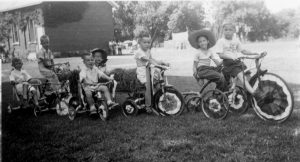 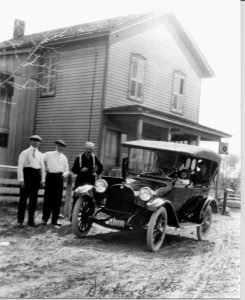 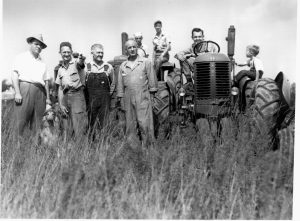 In 1824, Captain John Dix, a retired ship captain from the Eastern Seaboard, arrived in Washtenaw County and purchased about 450 acres of land in Ypsilanti Township, at a cost of $1.25 per acre.  A portion of the land (legally known as Section Eighteen, Township Two in the District of Detroit and Territory of Michigan) would one day become the Village of Dixboro.

John Geddes, a prominent Ann Arbor Township settler, wrote that John Dix built his house in May of 1824 and raised his barn in July 1825.  It was the first frame barn built in the township, and probably in the county.  He also points out that Dix built a sawmill in 1826 and a grist mill some months later.

In 1827, Dix filed a plat with the County of 64 lots around the present village square and he named the sectioned land Dixborough. Consisting of about 25 acres, the village grew to include at least two sawmills and two gristmills, three taverns (one owned by Dix), an ashery, where potash or lye was made, a cooperage (barrel factory), a general store, a blacksmith shop, a creamery, a brick kiln and a post office located in the general store.

The Dixboro postmark appeared on letters mailed from the hamlet into early 1900s. The late Ivan Parker had an envelope in his collection that was mailed in 1904 which had a cancelled Dixboro postmark.  The envelope had contained a letter written and mailed at the Dixboro Store by his grandfather.  The envelope traveled by horse and buggy to Ann Arbor and then to Detroit where the addressee received the letter in just two days.

Although the future looked promising and some thought the village might outstrip Ann Arbor, growth was slow.  A strong reason for this could have been the railroad.  It had been hoped that second Michigan railroad line, chartered between Detroit and St. Joseph, would pass through Dixboro helping to create a flourishing city.  Instead, a route along the Huron River caused the railroad to pass through Ypsilanti instead.

This setback, along with the fact that he had become “the most unpopular man in Washtenaw County”  (having been raised in Boston, Dix apparently didn’t mix well with the “extra friendly” pioneers) John Dix sold out his remaining claims to Dixboro in 1833 and went to Texas.

Had Dix, a forceful and ambitious man, stayed in Washtenaw county, Dixboro might have become a larger more enterprising community.  But many of the present residents like its slow, quiet growth, and are happy that it remains a friendly, residential “hamlet.”  Noted Dixboro historian Carol Freeman said of her life in Dixboro, “It was a happy place to live.”